Musings about my Music

The Story Behind The Song ‘Just A Little Faith’

I had a cousin who was close to us. She had spent some years living with us before getting married and she had 2 little girls.

Last year, she took ill, and within a couple of weeks, it became clear, she was really unwell. A couple of weeks later, she passed on and went to be with the Lord, leaving behind her daughters with her husband. We think she may have developed some kind of cancer that wasn’t diagnosed early and quickly led to her demise. I can remember seeing the text, remember hearing my mum crying, and all I could think was oh my God, those 2 little girls. My heart was breaking  and as I’m typing this right now, I’m struggling to hold back the tears.

Sometimes, the unimaginable happens and we are completely floored. The future looks bleak and the only thing we have faith for is to take the next breath, and sometimes, that’s a struggle.  We certainly don’t have faith for the situation,  In our heads, we know We will eventually get there, but the we are still reeling from the trauma and the realisation that this is not what we planned at all and our lives have been forever altered. All we have isn’t faith at that time. Its denial, then grief and anger.

The bridge of this song is for situations like these, when we feel we have no faith. It’s a comforting reminder to give God your tears, your grief, your questions, even your anger. He’ll take them, He’ll sit with you, weep with you, Hebrew 4:15 says, Jesus understands our struggles, sympathizes and empathizes with us because he went through it himself.

Most importantly, the song reminds us that when we give these to him, he’ll take it and work it for our good. We may not be able to see in the depths of our sorrow, but God will bring you through this to a beautiful place of hope, peace and fulfilment in him.

I got the idea for this song, listening to a preacher who had had a similar experience, losing his father who had been a pastor at a young age and I found his story comforting. I hope this song brings comfort to every one going through a valley, a tough or hard place in their life. Even if all you have is just a little faith, or no faith, give what you have to God, he’ll bring you through this.

Have you been through a similar experience? I would love to hear how you got through it or any lessons you learned along the way. Please share your thoughts below.

Interview with Dave (Louder Than The Music Blog) After my first single was released, I had an interview with Dave from Louder than the Music blog and I thought I'd share it, for people who are still getting to know me.

For those who haven't heard of you before, can you tell us a bit about yourself and how you got involved in making music?

I was born in the city of Lagos in Nigeria. I had 4 siblings and we all had an ear for music. We sang together as a family most nights when we came together to pray. My siblings and I sang together  at events, celebrations, at church, and sometimes my parents sang with us too. I would say a living legacy of music was given to me by my parents. I went to college and studied medicine but my passion for music never waned and I kept sharing my songs and passion with my local church and community. When the pandemic hit though, I started writing again, joined a community for Christian musicians and I had a strong sense that It was time to do more with this gift. After I came to that realisation, it was like everything that I needed to actually take my music one step further just became available and things began to come together quite quickly.

Tell us about your new single 'Someday Soon' and what the inspiration behind it was?

‘Someday Soon’ was inspired by watching someone dear to me go through a difficult season. I began writing it hoping to inspire this person to keep going and to not give up. The last year has also been filled with many people going through heart break and despair. The song also talks about failure, a universal topic that we will all experience in one form or the other.  My hope is that as people listen to the song, they’ll hear that it’s okay to fail, as long as you get back up. Ultimately, my prayer is that people find inspiration in the words of the song to keep putting one foot in front of the other.

You also have an album coming out soon, can you tell us a bit more about that?

My Upcoming debut album will be titled Hope. It’s a collection of songs that encapsulate hope. Mostly written during the pandemic to inspire people, to keep going, hoping, fighting, believing, to stay the course no matter what! Most of them would be released as singles first and then the full compilation would be released early next year.

What message would you like people to take from your music?

I work in the field of Paediatrics and every day I see teens and young adults struggling with their mental health, and being left to suffer because there’s limited resources and my heart just goes out to these young adults. Music is such a powerful tool and has been known to reach places nothing else can. My heart is that my music will communicate contagious joy and persevering faith to everyone who hears it. A lot of my songs will clearly rise from my faith as a Christian while some of my songs are written to bring hope and encouragement to people regardless of their faith.

How would you describe your style of music and what are your influences?

I do mostly contemporary gospel music with a lean towards soul music. I do crossover into other genres though, what can I say, I love all kinds of music. My influences include Yolanda Adams, Celine Dion, point of grace and  Cece Winans, these are the people I grew up listening to. More recently, I would say Natalie Grant, Lauren Daigle and Matthew West would be my top 3.

If you could work with any songwriter, who would it be and why?

Brandon Lake; He has a way of crafting melody and lyrics that is just beautiful

How would you define success in your career as an artist?

My vision for Ebi Oginni Music is to bring Contagious joy and persevering faith. So If and when I hear stories of how these songs have been a blessing to people, how its kept people going, and brought them hope and joy, that would mean the world to me, it’ll mean I’ve done what I’ve set out to do and it would keep me going as an artist.

What is your favourite album of all time?

There are so many, it’s hard to pick one. I’ll go with Lauren Daigle’s album- How can it be?

You're stuck on an island, it's hot, you only have enough battery life left to listen to one song on your phone. What track is it?

The Father’s song by Matt Redman. There is something about listening to a stripped back song reminding you of how much God loves you and sings over you.

What does the next year hold for you?

The plan is to release most of the songs on my debut album as singles every 8-10 weeks before releasing the full album. The plan is really to be a blessing to my world through my music, in whatever way that I can.

Excuse The Mess, Work in Progress! 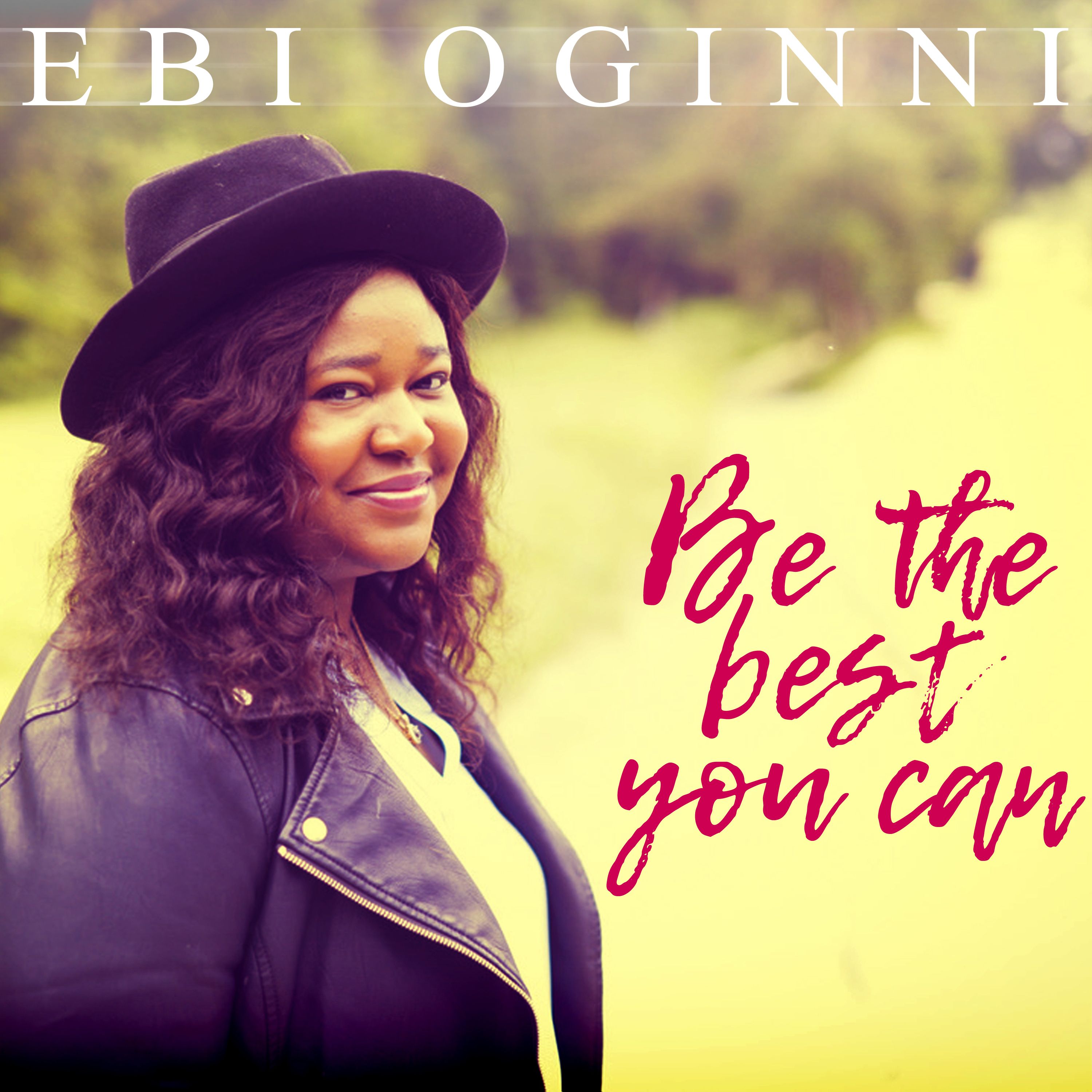 Have you ever wished you could work around with a sign that said the words 'excuse the mess, work in progress'?

You are not alone. I've felt the same way and many people I know have felt like that at some point or the other. One particular story comes to mind, a harrowing day at work. I was on call at work, coming to the end of my shift. I had a patient whose parent had not been happy with the outcome of his child's care. He had a lawyer and the hospital also had their lawyer involved in the case. That fateful night, I had to step in and safeguard my patient, acting in the best interest of my patient, but going against the patient's parent's wishes.
The next day, I started to get anxious about repercussions of the decision I had to make. I knew I had made the only choice I could have and had correctly acted in my capacity as a doctor, but I wish I wasn't the one who had to sign a document that would end up with lawyers. I started to get really anxious and this tension started to mount up on the inside. By lunch time, I was trying really hard to hold it together and hide the fact that I was falling apart on the inside. I finally had to tell my colleagues that I was having a hard time.
I finally sat with my consultant, and through my tears, asked her if I was going to end up in court. She was so gentle with me, bless her, as I fumbled through the events that happened the night before. I straight up asked her- am I gonna end up in court? She finally reassured me that I couldn't have done anything else. She invited me to attend a meeting with the hospital's lawyers which was really helpful.
Then those inevitable feelings of embarrassment and comparison set in. I couldn’t help but think that my colleagues would have handled it better than I did. And they certainly wouldn’t have had a melt down at work like I did. Those feelings of inadequacy, feeling an imposter, like I'll never measure up, they were at the fore front of my mind that evening.

A couple of days later, I came across a podcast that really blessed me. This guy was talking about walking by a building and seeing this sign that read- Excuse the mess, work in Progress. He talked about how similarly,  we are all a work in progress, being shaped by a master creator, each of us. So if you feel like you're a mess sometimes, you are not alone. If we can give grace to a construction site, we can be kind to ourselves. Hang in there, you are being shaped, pruned, being made into a beautiful masterpiece. I remember finding comfort in this so much, that I wanted to write a song about it so I would never forget it.

There is this saying that I love. I may not be where I wanna be but thank God I'm not where I used to be. You may not be gifted in the same area as your colleague, but you have your own strengths and gifting.

I wrote this song, first of all to celebrate the progress I've made, to remind myself to just do me and that God would perfect all that concerns me in his own time.

I hope this song comforts you, encourages, and gives you the strength to keep moving forward on YOUR OWN personal journey, without being distracted by what you see around you. Instead of comparing yourself with other people, try celebrating them as continue on your journey of being the best you can be!

I would love to hear your thoughts around this topic, or tips you've used to to get out of the hole of comparing yourself with others. Please go ahead and share in the comment section below:-)